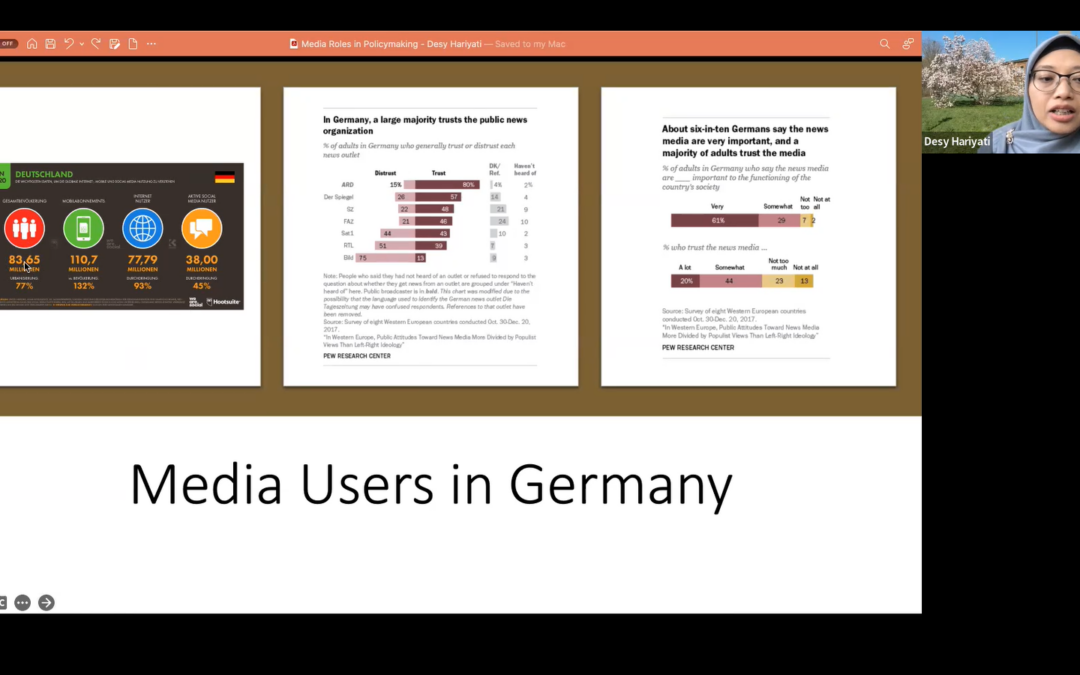 Depok-The rapid development of social media in Indonesia has an important role in various aspects of life, one of which is in the process of formulating public policies. Social media does not only function as a means of disseminating information, but also as a forum for the community to share their aspirations, so that this greatly affects the public policies made by the government.

“Currently, the media can be a forum or a means for the government to convey their programs as an accountability to the community. From the community side, the media also mediates the interests or needs of the community to the government. Thus, a relationship is created between society and the state that is played by the media,” said Desy Hariati, a doctoral student at the University of Potsdam, Germany, in an inbound lecture activity lecture organized by Media Production Study Program, Vocational Education Program, Universitas Indonesia (UI). 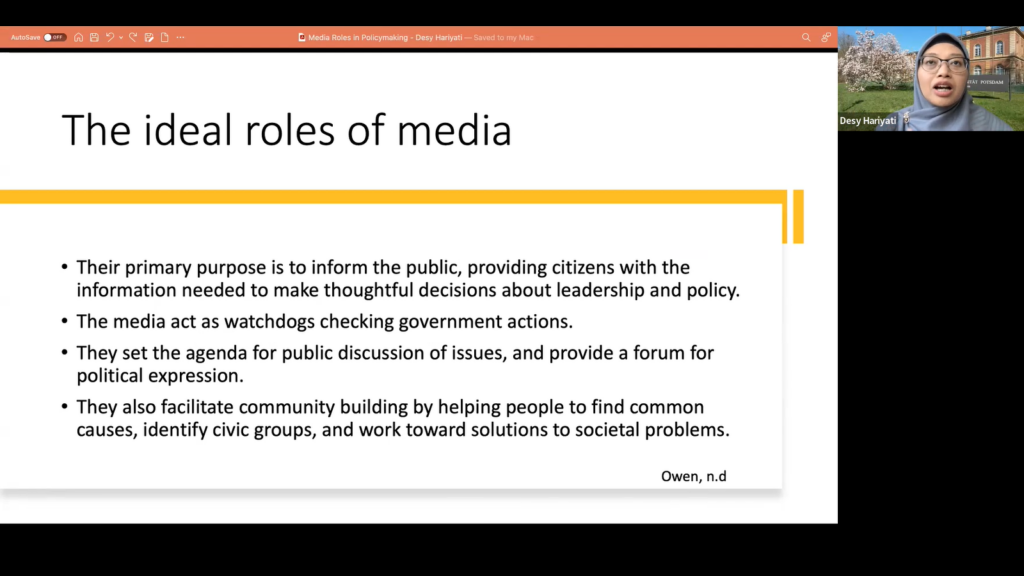 (Photo: Desy explains the ideal role of the media in influencing public policy)

In her presentation, Desy explained that ideally the media should carry out four roles, namely conveying information to the public that influences policy making; second, overseeing various government actions; third, providing a means for public discussion on an issue; and facilitate community development and help solve social problems. “So, in social media, the delivery of information is no longer just one way, but two directions that allow the creation of engagement and make it easier for the public to convey their aspirations to public policy makers,” she said.

As an illustration, she also provides a comparison of policies carried out between Germany and Indonesia. In Germany, the policy carried out is in the form of reporting without censorship. Public data is presented through the media in a transparent and guaranteed way. In addition, government institutions, whether federal, state, or municipal, are required to answer all questions raised by the press. Meanwhile in Indonesia, the government’s regulations on the media are multi-interpretative. Also, many people still absorb information from the media, without paying attention to accuracy and valid sources. 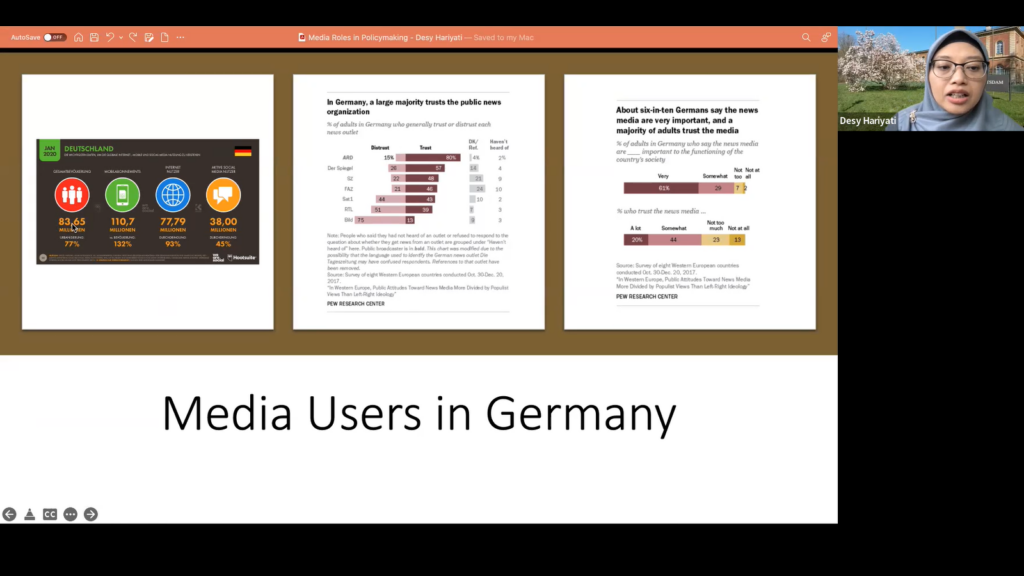 Furthermore, Desy said, through the high use of social media, the Indonesian people are also able to exert a strong influence on public policy. For example, through a number of petitions such as the issue of the Omnibus Law and the Covid-19 pandemic. “Both mass media and social media play an important role in policy making. Not a few policies were canceled because of protests or complaints from the public over the regulation,” she said.

This inbound lecture activities entitled “Peran Media Massa dalam Proses Penyusunan Kebijakan Publik: Indonesia vs Jerman” was held virtually on Wednesday (11/05), with the moderator Dr. Rahmi Setiawati, S.Sos., M.Si., lecturer in Media Production Study Program — Applied Bachelor Program which inaugurated in 2021. In addition to providing theoretical knowledge, this study program hones abilities and skills to produce creative works that are in accordance with professional ethics in the field of media production by utilizing information and communication technology, both for television, radio, and other mass communication channels.